Blog » Nutrition » Conventional vs. Organic: Which Food Should You Choose When It Comes To Nutrition?

Conventional vs. Organic: Which Food Should You Choose When It Comes To Nutrition?

There’s a lot of debate over whether conventionally farmed food or organic food is better for you when it comes to nutrition, and there are advantages and disadvantages to each. Here we’ll have a quick look through some of the major points. Firstly – what do we mean by “organic”? In the US, food can only be labelled as organic if it’s certified by the USDA. For single ingredient items (such as fruit, eggs, etc) are easy to classify – the food itself must have been grown to organic standards. Items with multiple ingredients are a little bit more complicated. There are three different ways the word organic can be used: 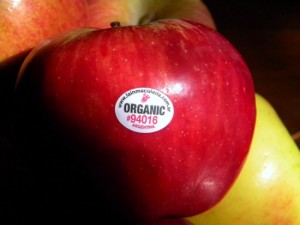 In addition, it’s necessary to be aware that ‘natural’ does not mean the same thing as ‘organic’. A product labelled natural but not organic has not passed the standards set out by the USDA. Those standards include many things, a major one being a restriction on which pesticides can be used. What does this all mean for nutrition though?

Expense
Organic food is usually more expensive than conventionally grown food, so if you’re on a limited budget, you’ll find you get less for your money if eating organic. In order to ensure you have a healthy, balanced diet you need to be able to have varied meals from a variety of food groups. If budgeting is a problem, you may have to go with conventionally grown food in order to get appropriate amounts of nutrition. If you’re set on organic, however, supplements are a potential route to ensure you get everything you need.

How Long Food Keeps
Again, this is a budgeting issue. Because organic food has less added to it than conventionally grown food, it will often spoil quicker, meaning you need to use it up faster. If you find you have a small budget or limited time, organic food can be difficult to make use of in time. It may well be easiest to buy some organic and some conventionally grown food in this case.

Additives
Organic food had much, much less additives than much conventionally grown food. This can be both positive and negative. It’s a positive in that you’ll find you don’t have the issues of artificial sweeteners, but a negative in that it restricts your options for fortified foods. If choosing organic, you’ll have to be particularly careful when it comes to vitamin D and vitamin B12. These vitamins are commonly added into fortified foods such as cereals, and if you’re moving away from those foods you’ll need to find another source. Luckily, the organic market contains many alternative sources – such as dark leafy greens like kale and spinach! 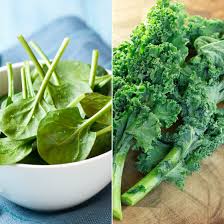 Peeling
As we all know, one of the biggest issues with conventionally grown food is the pesticides that are used. You can remove most traces of these by washing, and it’s important to note that the traces found are not enough to be harmful. However, if you want to be certain you’ll need to peel your conventionally grown fruit and veg – and this reduces the amount of fibre and nutrients you’ll get from them! In cases like this, organic has a huge advantage since you will have less reasons to peel the food and waste potential benefits!

Antioxidants
A 2014 study into conventionally grown food versus organic food shows that if there’s one thing organic food wins out on, it’s antioxidants. From looking at over 300 studies, researchers at Newcastle University in the UK discovered that organic foods have up to 69% more antioxidants than conventional crops – meaning that it’s the equivalent of eating one or two additional portions a day!

What does this all mean for you? There are a few things. Firstly, there are advantages to going organic – there’s less reason to peel the skin, just wasting nutrients. There’s the benefit of bonus antioxidants, plus there’s environmental advantages too! However, it’s costly and you may find that though the food you’re eating is better, it’s in smaller amounts. If you’re concerned about budgeting issues, it may be best to add in supplements whilst swapping to organic food – or having a diet that consists of both.