Blog » Fitness » Is Your Paleo Really Paleo or Simply Paleo-Like?

Is Your Paleo Really Paleo or Simply Paleo-Like?

For awhile now the Paleo Diet (and lifestyle) has taken many parts of the world by storm.  While it’s all well and good, what we believe is Paleo is simply Paleo-like.  I really doubt that most people could even go truly Paleo in both diet and in lifestyle.

If we were to venture back 20,000 years ago, before farming took hold, we’d see a whole different kind of world.  It was the realm of the Cro-Magnon and mankind’s world was that of the hunter-gatherer.  It was about survival.  Our ancestors did things that we never do in the modern world.  Think about it, they had to walk literally for miles to bring down a wild animal for part of their food source.  Most of the time they more than likely ate edible plants that were nearby and even insects.

Bringing down a large animal for food was a big deal.  So much so that they painted pictures of their hunts.  It wasn’t easy either.  Even foraging for wild plants was time consuming and since the caloric intake of plants were low, they had to consume a large amount.  Which means they probably “pooped” a lot too.

Regarding fitness, we’ve fallen down in that area as well.  The closest I’ve seen to what our Paleo ancestors did is what Erwan Le Corre of MovNat teaches regarding Natural Movement.  You see, we are meant to be moving and across many different obstacles.  Today, we tend to sit a long time and only take time to workout at a gym or at a specific time.  Do you think our Paleo ancestors did that?  NEVER!!  They moved and had to.  To sit still (like we do today) is to die. 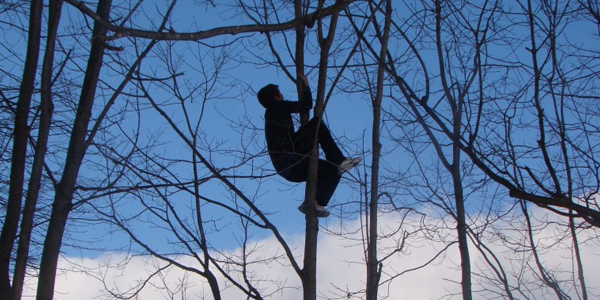 Even the typical gym workout would not do us any good if it came down to making it as a Cro-Magnon.  We’d pretty much suck at it.  Heck, we’d do pretty bad at having to deal with what our ancestors did a few hundred years ago.

So, if you really want to go Paleo, then ditch your modern lifestyle and modern grocery store foods.  Get out and hunt and gather.  Forage in the wilderness.  And yes, we do have places, even nearby in cities, where wild edible plants exist.  I can attest to that.  And no, I’m not even close to being Paleo (though, I’ve hunted and gathered).

Next, get out of the gym and into natural movement through the environment.

Only when you do both will you approach being Paleo-like.  I won’t ask you to go all the way.  Still, it’s the best possible way given we live in a modern society that limits that kind of lifestyle. Now, have fun in living a healthier lifestyle!